Why Ignoring Undesirable Behavior is the Best Thing You Can Do

When I was taking Child Development classes, I was taught that when you ignore “bad” behavior in the classroom, “bad” behavior would multiply. And eventually your students will have you tied up, gagged, and take over!

As I worked with children from around the world at the MGM Grand Hotel youth center in Las Vegas, I learned quickly to ignore a lot of behavior. I did this not because I wanted to, but simply because I could not understand them. When I was faced with children that were upset or angry and expressing their feelings in a foreign language, the only choice I had was to ignore or re-direct them. It actually taught me that addressing the anger by talking or reasoning would not work.

And in fact it just made both of us more upset and frustrated.

After I opened my pre-school, I soon realized that I could not possibly address every child’s undesirable behavior. If I chose to go this route, my entire day would be reprimanding child after child. That would be a terrible day for me, and an even worse day for the children.

I learned that the more I stayed out of the way, the more they would work it out on their own. The more I ignored, the happier we all were.

I want to be clear: I had “deal breakers.” My deal-breakers were situations that needed to be addressed due to safety or general concern for the child’s well-being.

But overall, these situations were limited compared to the everyday stories of pre-school misbehaving.

“Use your nice voice.” Or, “Use your inside voice.” (Which by the way makes no sense to a child. To them their voice is their voice, inside or outside.)

The list can go on and on and on! I decided early on to pick out my “deal breakers,” the behaviors that I needed to address anytime I witnessed them.

And when I came across a deal breaker, I needed a plan of how to re-direct the child towards the desired behavior. (Note: all other mildly undesirable behavior, I ignore.)

So how does this look at home?

My daughter is not as “tidy” as I would desire. My house is my sanctuary and I feel really good when it is clean, organized, and in order. My daughter doesn’t feel the same way. She likes, or actually doesn’t care about, walking through a pile of clothes to get to her bed. Nor does she mind digging through a box full of make-up to get what she needs for the day and leaving the remaining pile on the floor next to the clothes.

I can honestly deal with her rolling her eyes at me when I say something about her lack of tidiness. That really doesn’t phase me. But the mess? It is beyond anything I can deal with. I did my best. I shut the door and I ignored it as long as I can. Now I can’t take it anymore. It has become deal-breaker for me.

I address her with a simple conversation. I say, “This room is not working for me. I know that we have different styles of living. I am willing to work with you. We need to move somewhere in the middle so we can both live together under one roof. Here’s what I am willing to live with: I need to be able to see your floor, see your bed spread, and see your table. Is that something that will work for you?”

We have a conversation, defining our needs, and how we can come together to make it work. I treat her with respect, the same respect I offer my friends and even strangers, and we figure it out.

I have my “deal-breakers” established early on so when I see a behavior that is on that list I address it. If it is not on the list, I let it go.

It is such a relief because I know that I am not the only person in the world my child will learn from or grow with.

I can’t imagine a boss or even my own parent nitpicking on every single little thing I do “wrong” or not to “expectation.” I don’t want to be under that kind of microscope and neither does my child. I honor what is important to me and let go of the rest. And we are all a lot happier.

How to Set Rules and Boundaries That Work 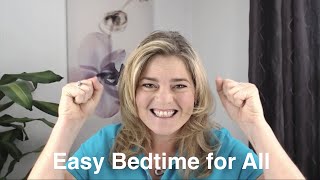 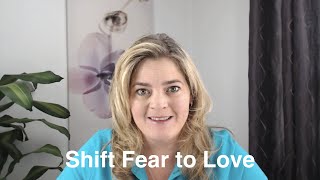 Shift Fear to Love: “The Dangers of Social Media”

Spare the rod and spoil the child. What a great idea!

How Modern Parents Use “Time-Out”

Why No Punishment is Your Reward

Why Ignoring Undesirable Behavior is the Best Thing You Can Do

Who is the curfew for?

Empowerment Technique #1 – How to turn “no” into “yes” at the store.